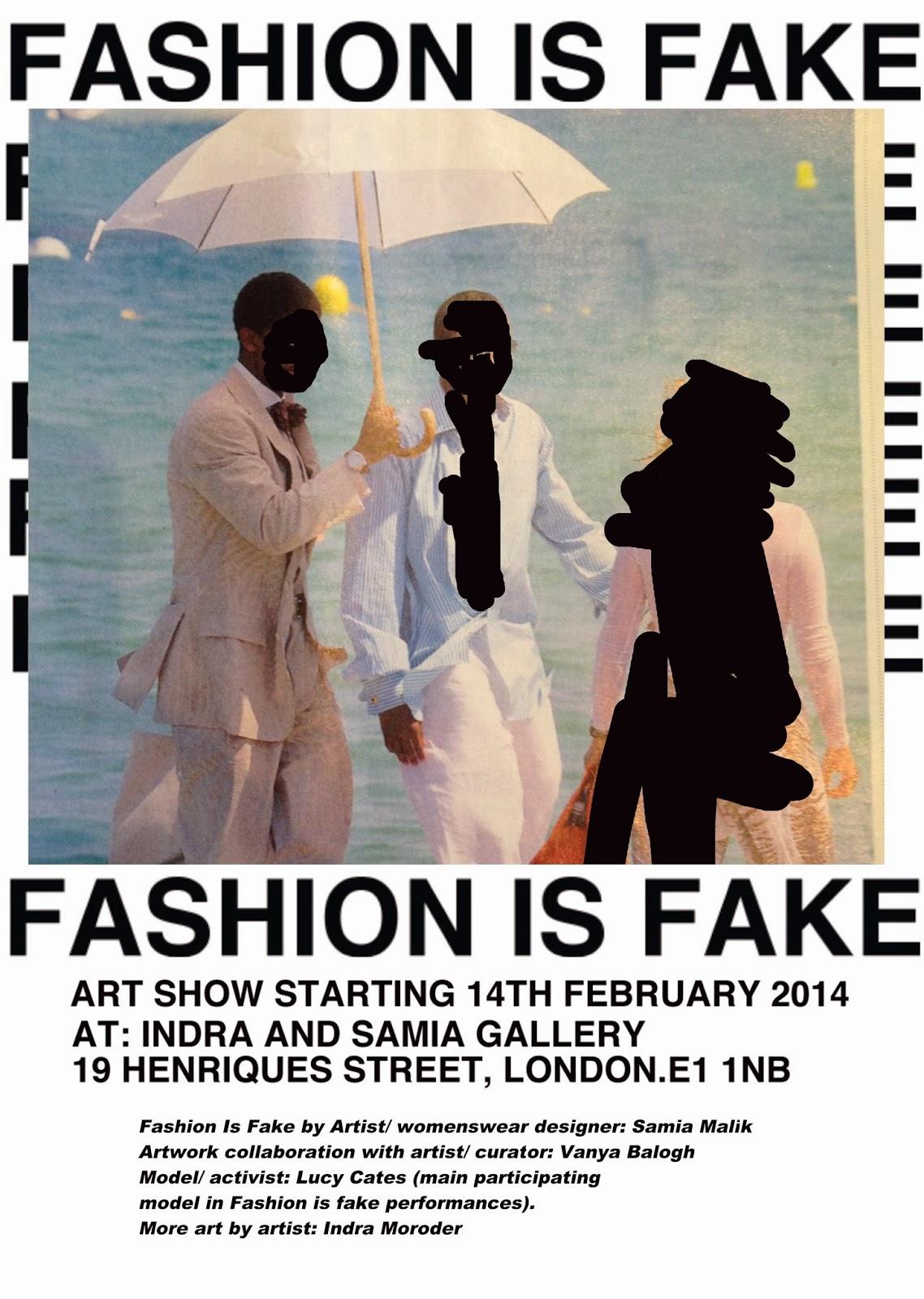 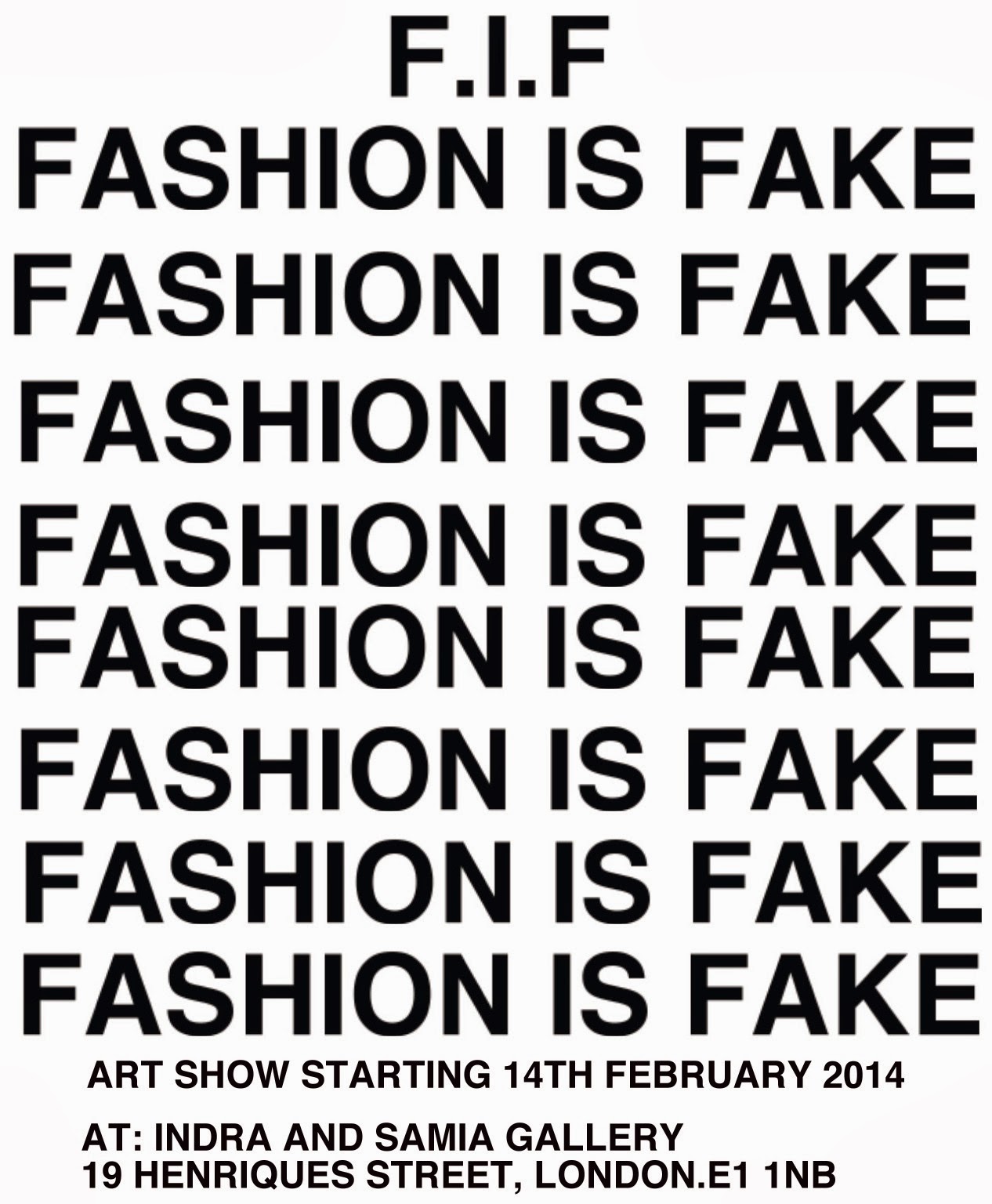 Thanks to everyone else who've supported and participated in FASHION IS FAKE performances.

Fashion is fake project started as an organic progression from activism related to ethical trade in the fashion industry, which also branched out into questioning general aesthetics of the fashion industry. Since 2006 I carried out a vast amount of research investigating ethical standards in fashion, this research included: endless emails, long phone calls, directly confronting nearly every high street fashion shop, and most of the high end designer labels. This led on to conversations with well known charities (that I will not name). Many of these conversations with charities were about; taking hands on proactive action, to eradicate unethical trade in fashion. Unfortunately conversations with charities ended up redundant, due to charities lack of attention to detail, and reluctant attitude to support hands on ideas. Many charities raising money dealing with unethical trade, do not get me wrong have good intentions. But it must be questioned; is money raised being used effectively enough instead of lobbying against stubborn, stagnant imperial governmental conducts.

Between 2006 and 2010 I went, left, right and center in search of any honesty or sincerity from the fashion industry and support from charities. There was no cohesive, constructive, viable support or answers. In 2010, I finally gained funding to start DIY clothes making workshops. Which was a small step towards change, but not enough to tackle the mass manipulation of fashion. Last fashion collection I designed and made in 2011, I subtitled it Fashion Is Fake. Since then Fashion is Fake project has developed into artwork, street art, performances in public areas, and art show performances.

Fashion is fake exhibition starting in February 2014, at Indra and Samia Gallery, art show presents an amalgamated documentation, artwork of Fashion Is Fake project so far and DIY clothes making workshops. This exhibition also invites other artists, to be confirmed soon.